13.01.2021
How we implemented three creative event concepts and motivated journalists to learn again

Олег Яцура
Event Director MAINSTREAM
"Event concepts for PRESSZVANIE are always a challenge and an opportunity to create events never before seen in Ukrainian journalism. We come up with new concepts for each event and never repeat them. Even amidst the pandemic, we have managed to find new formats and bring almost impossible ideas to." 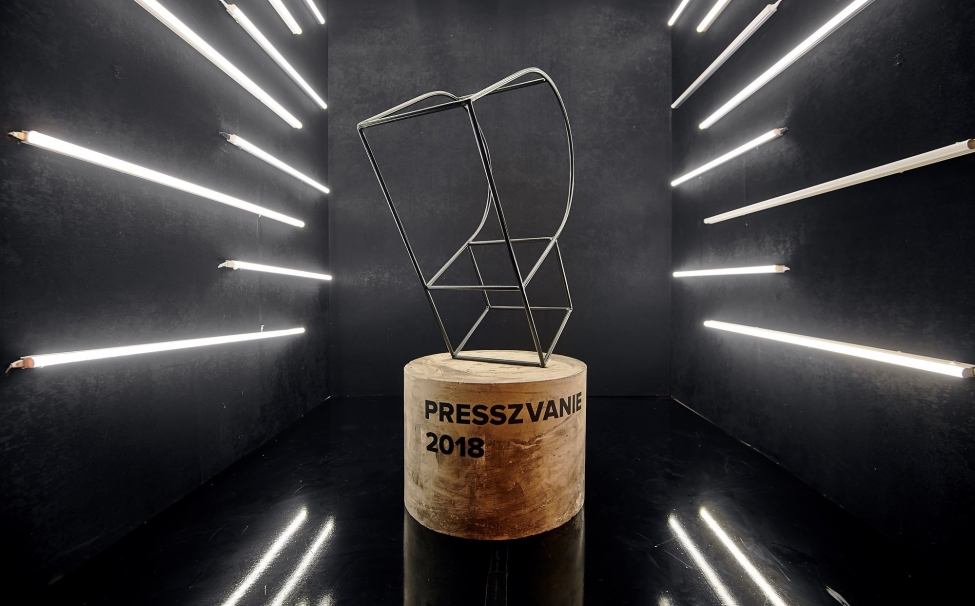 The PRESSZVANIE Journalist Award is well-known among the Ukrainian media community for 16 years. The National Union of Journalists of Ukraine and MAINSTREAM agency founded it in 2005. Over 2,200 media professionals participated in the competition during this period, and more than 400 received their well-earned awards. The PRESSZVANIE awards ceremony has become a day that journalists and editors look forward to.
Three years ago, the agency decided to transfer the rights to the competition to the PRESSZVANIE Ukraine NGO. Since 2018, we have remained the creative and event contractor for the award: we have created concepts and arranged events for PRESSZVANIE. Find out more about engaged speakers and implemented ideas in our review.

US journalists are a benchmark of the profession not only for Ukraine but also for the rest of the world. What for us may be the future, for US media holdings is often a well-tested present. We have invited CNN top managers to share their vision and experience. We've arranged an educational seminar for PRESSZVANIE with Gregory Beitchman, Vice President, Content and Partnerships, at CNN International, and Andrew Demaria, Editorial and Vice President, Managing Editor, CNN Digital. Over 100 people attended the event, including the CNN Producer in Ukraine, Reuters Producer, Ukraine TV channel Director, Anchor of ICTV channel, NV Editors-in-Chief, and other journalists. 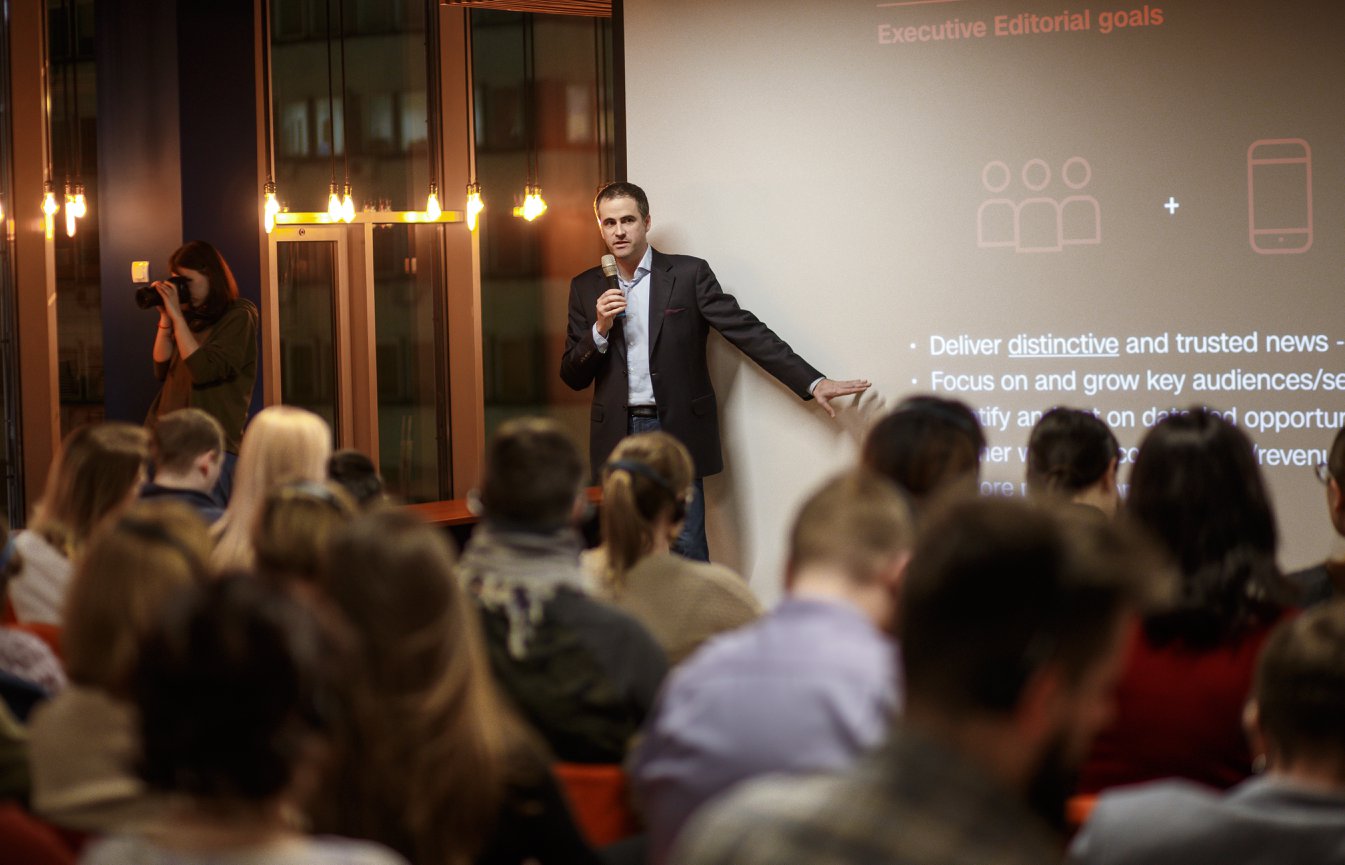 The PRESSZVANIE 2018 awards ceremony was about the journalism of the future. Guests and participants visited a futuristic section with VR glasses, neon beams and robots presenting awards. 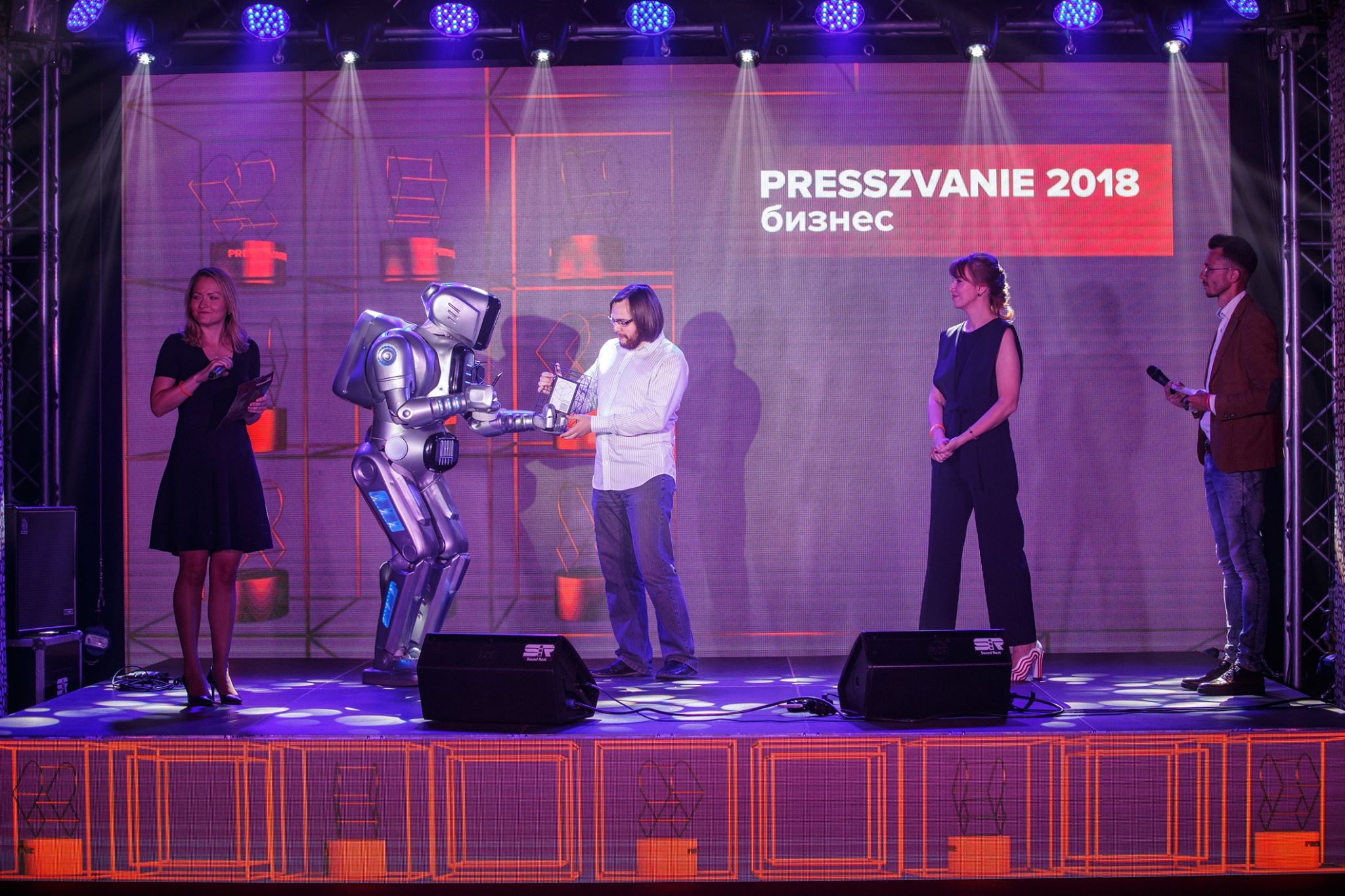 The motto of PRESSZVANIE 2019 was "Generations XYZ – for Independent Journalism". Guests of the ceremony enjoyed the three spaces of different times characteristic of each generation. They could immerse themselves in the 90s childhood atmosphere, become a millennial of the 2000s or feel like a teenager from the 2010s. 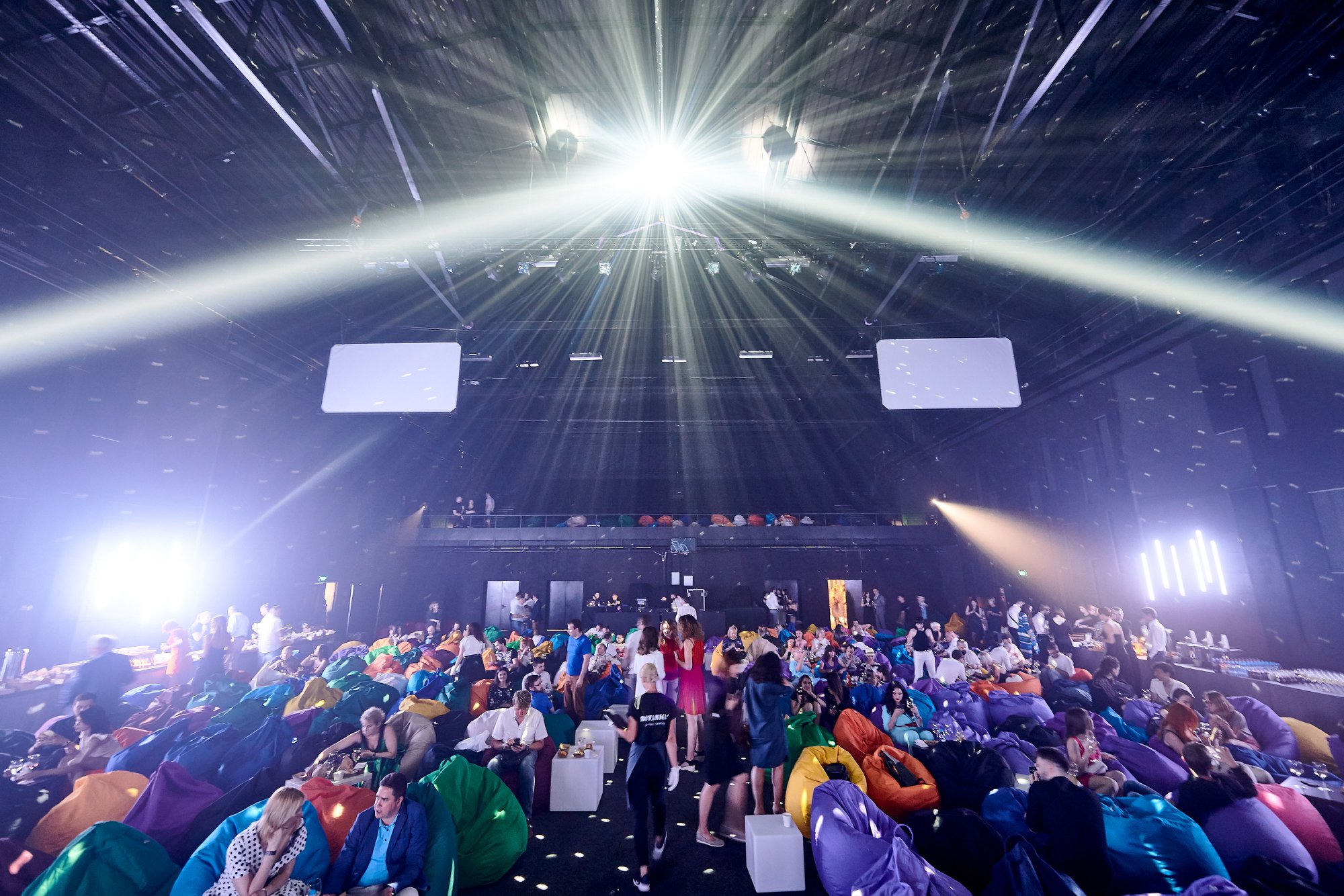 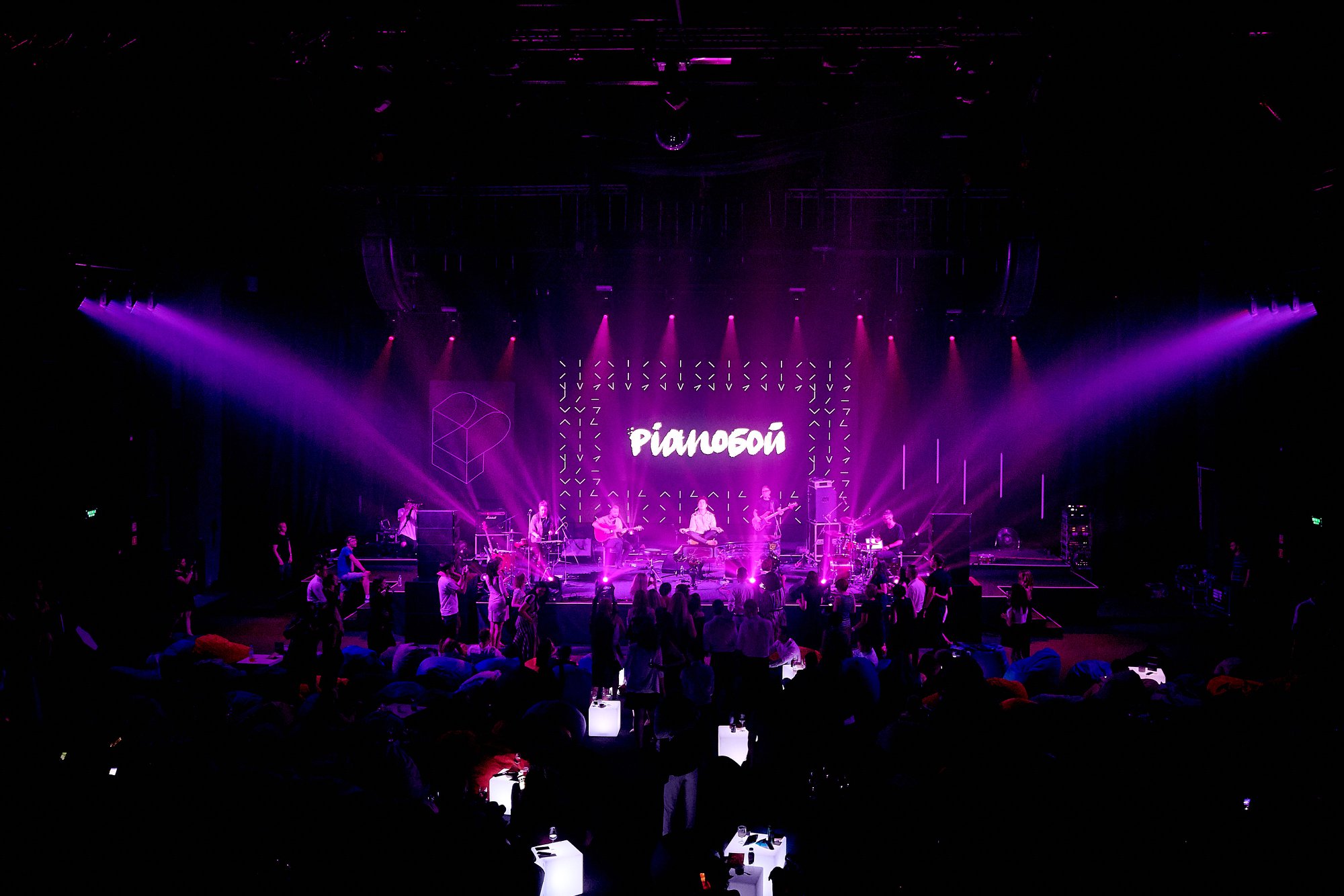 For professional development, we’ve invited journalists and media managers to the "How to Create an Independent Media and Stay Sane" workshop with Petro Myronenko, co-founder of The Bell. 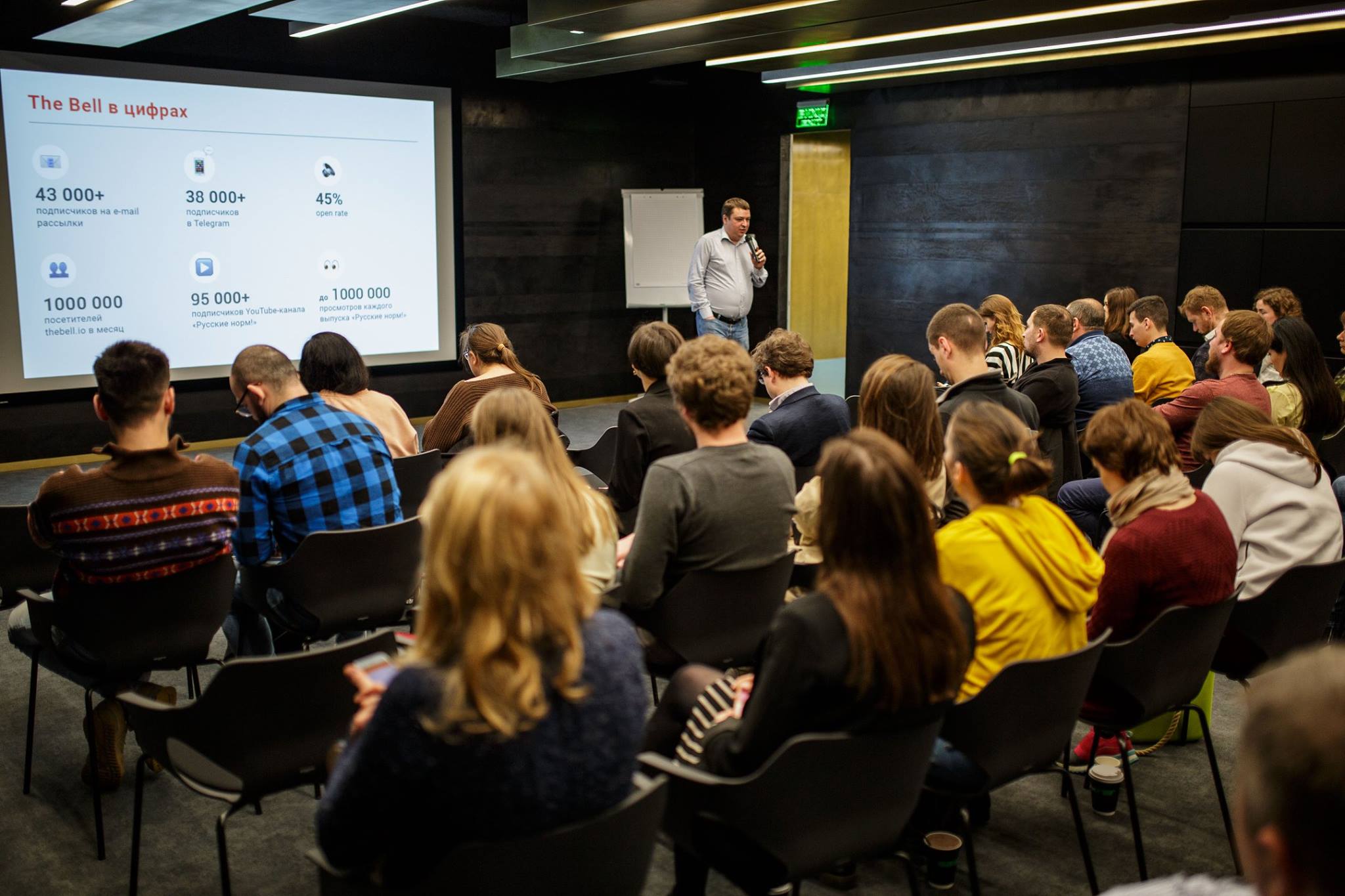 PRESSZVANIE's 15th anniversary season marked a challenging year. Journalism, like other areas of life, became remote. And the audience’s need for up-to-date and instantly accessible information has become even more acute. "The Smartphone Journalism" was PRESSZVANIE 2020 focus. The award ceremony was held online for the first time in 16 years.

Due to quarantine restrictions, we could only hold a mini-event to hand out the awards to the winners in person. Nevertheless, even the online format was engaging for the audience as the ceremony generated over 1,100 views. 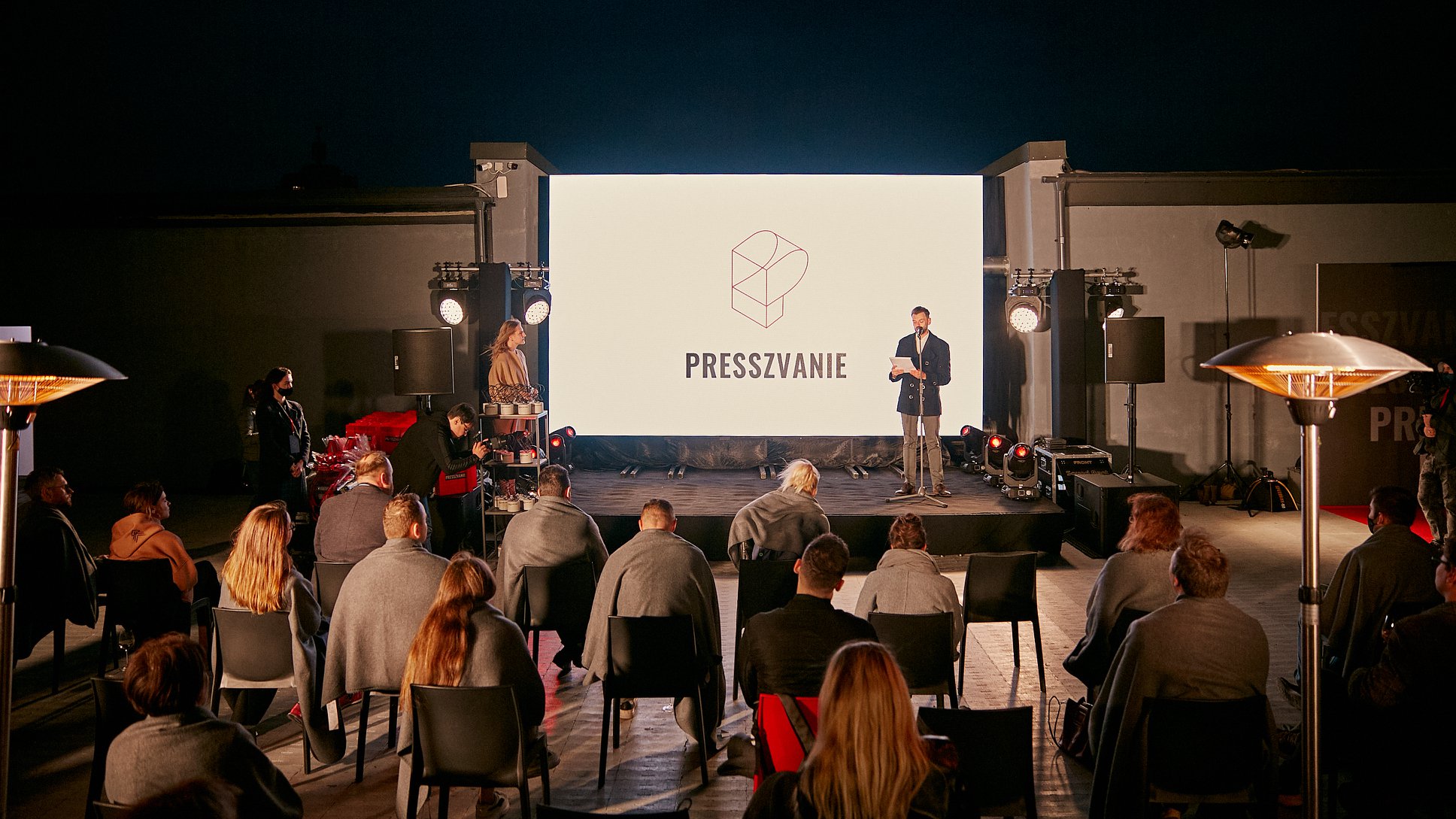 But it wasn't just the new ceremony format that made the 2020 season memorable. We arranged a partnership with the Edinburgh Business School (EBS) and motivated economic journalists to learn again. A group of more than 20 media professionals took the course "How to Speak to Top Managers in the Same Language". EBS tutors explained large corporations' strategic plans, how decisions are made at the top management level, and how to evaluate the actual company's performance and other business aspects.

At the end of the course, we held a graduation party. Oleg Scherbatenko, Director of IT-Enterprise, Ruslan Rudnitsky, Strategy Director of Smart Holding, Ilya Kenigstein, Founder and CEO of Creative States, Larisa Mudrak, an Adviser to the Cabinet of Ministers Reform Office, and Ruslan Shybaiev, Restaurateur and Owner of BEEF meat & wine restaurant, joined the graduation. Journalists spoke in one language with tops about business owners' challenges and the CEO's role in future companies. 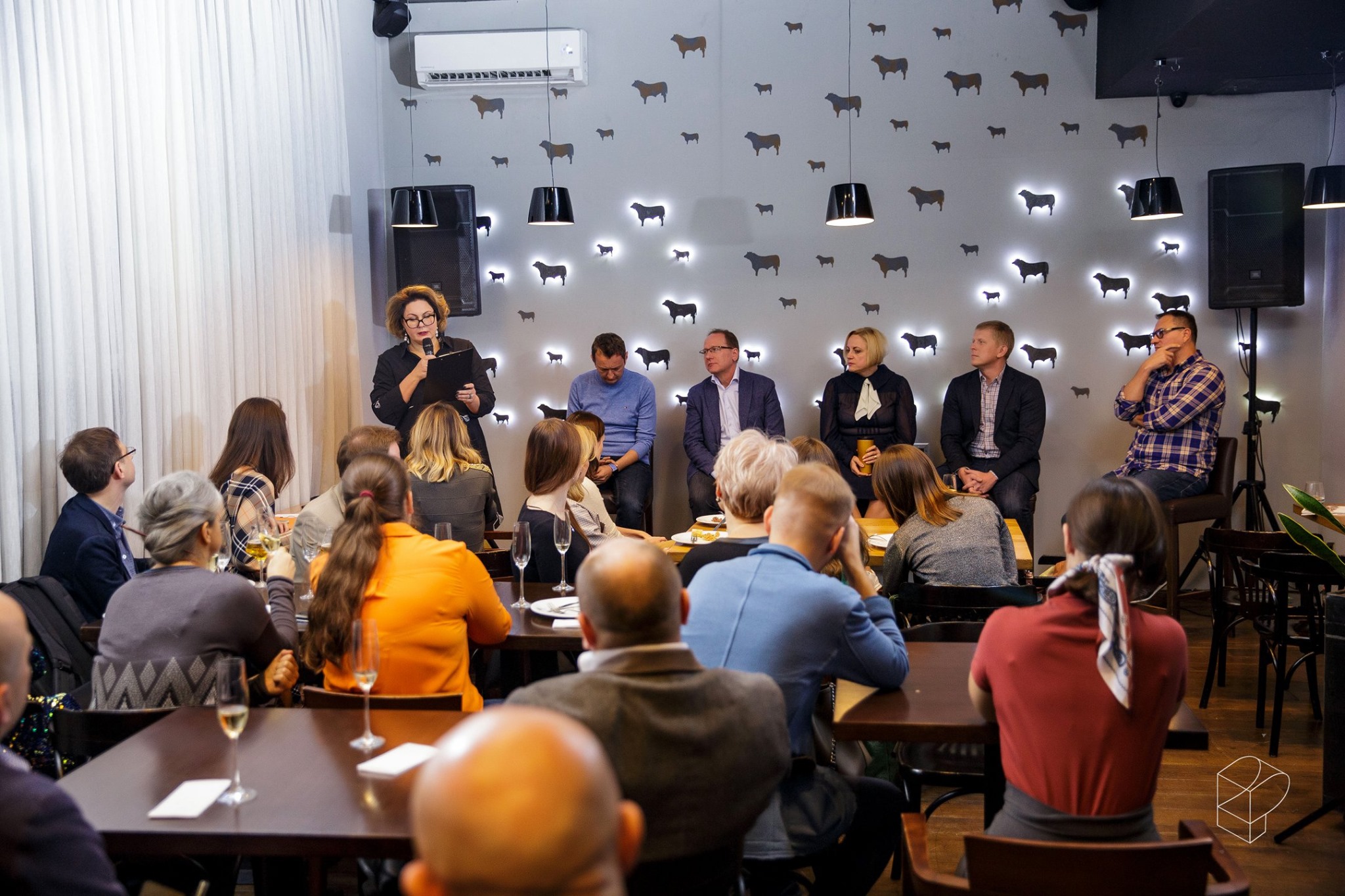 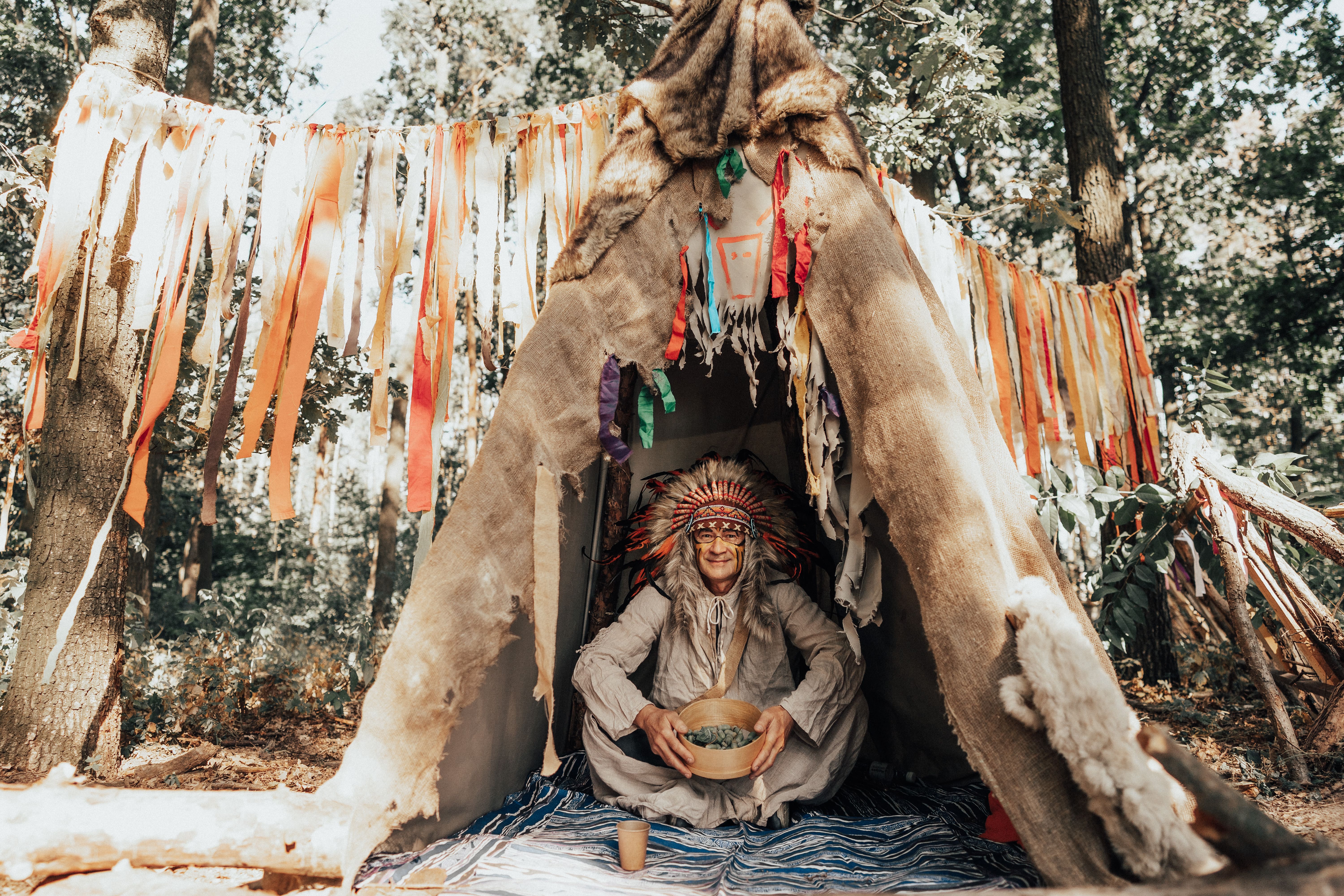