Boxing Tournament for the Prize of brothers Klitschko 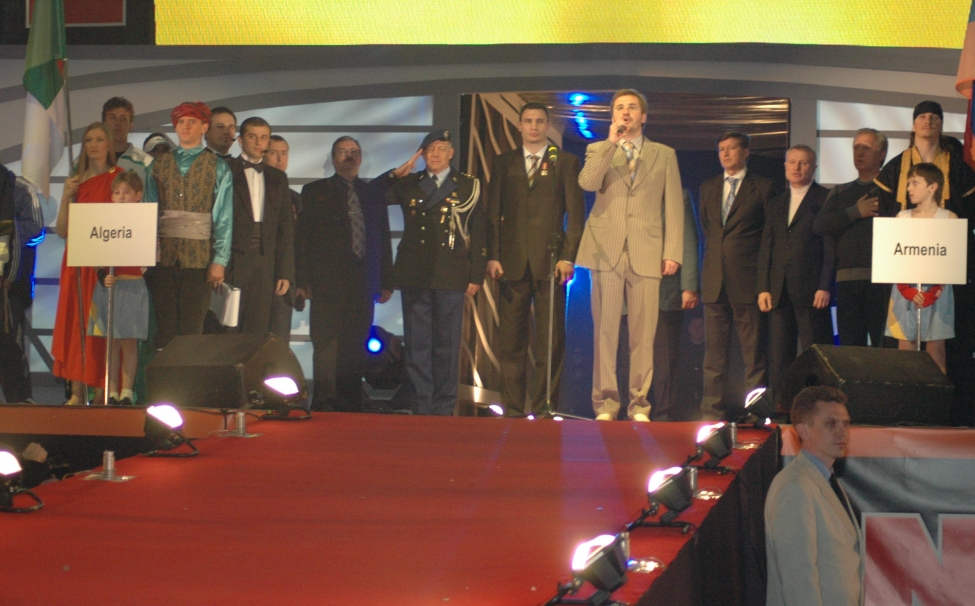 Final of the 7th International Boxing Tournament for the Prize of brothers Klitschko took place in Kiev Palace of Sports on April 21, 2007. The sports show was organized by ‘Mainstream Communication & Consulting’ agency and ‘Litso’ art-company.

International qualifying boxing competitions were held earlier, on April 15- 21 among 300 boxers from 25 countries of the world, among which winners of the Olympic Games, champions of the world and Europe. Our country was represented by three teams at these competitions, namely: the team of Armed Forces of Ukraine and two national teams of Ukraine. Vitaly Kachanovsky from Russia, the former member of Kiev club of Armed Forces, the champion of Europe, the holder of the World Cup, the merited master of sports on boxing, was chosen to be the main judge.

Key objectives of the project were popularization of boxing in Ukraine, fosterage of healthy lifestyle among population masses, familiarization of youth with sports, as well as discovery and support of new talented sportsmen.

The final combats took place in Kyiv Palace of Sports on April 21 where spectators saw 11 competitions and an enthralling entertainment program, prepared by event specialists of ‘Mainstream’ agency.

The event consisted of two parts: sporting and entertaining. Organizers did manage to hit off the essence and understanding of boxing, both through competitions and outstanding show-program. The sports part included uncompromising bouts between the strongest boxers of the world. Specialists of ‘Mainstream’decided to make the entertaining part bright, solemn, full of various trick effects and even bearing slight resemblance to ancient Olympic Games. The public was beholding splendid acts on the ring and on the stage for six hours. Apart from contests and spoofs the audience was enjoying performances of well-known pop-stars, namely: Olexandr Ponomaryov, Evgeniya Vlasova, Vyacheslav Vakarchuk, Asia Akhat, Marta, ‘Quest’ dance company and many others.

Vitali Klitschko, the President of Boxing Federation, has noted at the awarding ceremony: ‘This tournament became an important event in social and political life not only of Ukraine, but also of the world. Young people, who saw the bouts and will come to see the final part of the tournament, can see for themselves what should become the basis for their future life’.