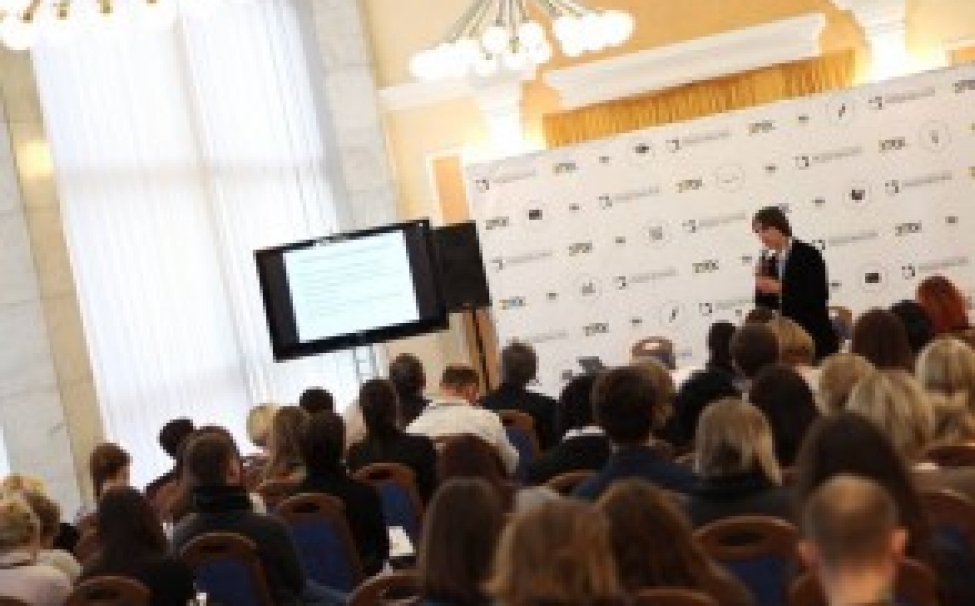 On 05 December, a master-class for journalists from ex-editor of “Businessmen” section of magazine “Forbes” Vladyslav Golovin took place in Lugansk. This is the second educational event of PRESSZVANIE First Regional School of Journalism, aimed at development of qualitative journalism in regions of Ukraine. The master-class gathered representatives of mass-media not only from Luhansk but also from the region. The event was attended by journalists from Alchevsk, Rovenky, Sverdlovsk, Krasnodon, as well as from the neighbouring regional centre – Donetsk.

Topic of the master-class “Forms and methods of presenting information” was chosen by results of preliminary polling of local journalists and editors. Vladyslav Golovin shared the instruments, to which resorted Forbes journalists. During the hands-on part of the master-class, participants already put professional advices of the speaker into practice. In Luhansk region, events of PRESSZVANIE School of Journalism were organised in partnership with company DTEK and Lviv regional organisation of National Union of Journalists of Ukraine.

“Similar events are more an interexchange of experience with participants of the master-class than the lecture. For me, there is no division into journalists of central and regional mass media. I am confident there are gifted persons everywhere and the more they teach each other, the better specialists they are,” Vladyslav Golovin noted.

The strategy of the School development for the nearest future envisages carrying out of master-classes in western and eastern regions of Ukraine.