12.07.2011
Oleg Yatsura
special events manager
'This project was a logical continuation of the FC Shakhtar 75th anniversary celebration. The premiere was an excellent gift not only to the „pitmen’s“ supporters, but to all football fans. Within a week we managed to ‘infect’ inhabitants of the cities with football. Our promoters played football with passersby on downtown streets of the cities. Many even couldn’t believe that the best cinema halls of their cities would be showing the spinoff free-of-charge for all the interested. In order to get a free ticket all they had to do was to send a text message from their mobiles. I remember tears in the eyes of those who won branded t-shirts signed by Shakhtar’s first team players. Moments like that help you understand that such projects are very worth doing' 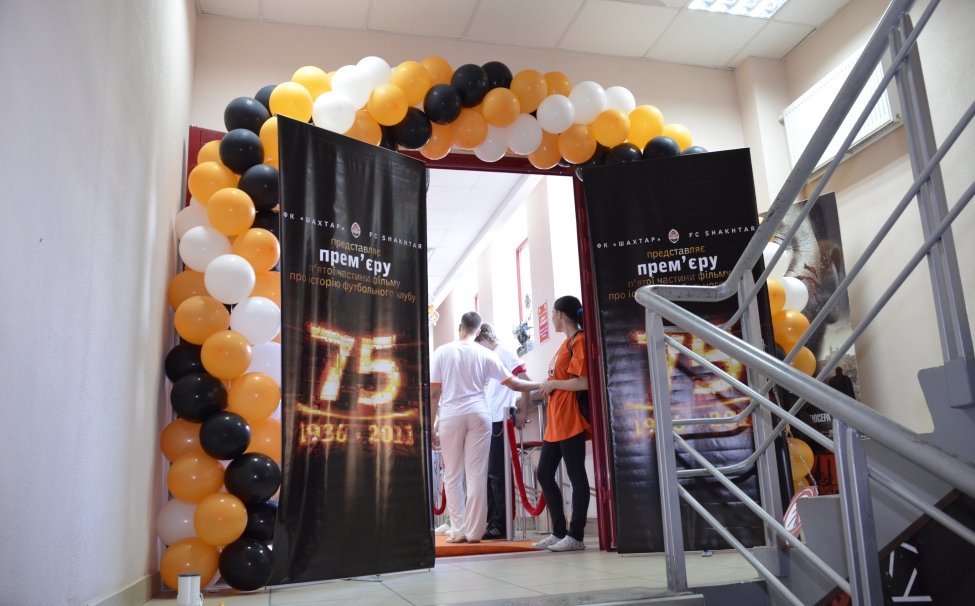 July 8, 2011, Mainstream organized a premiere demonstration of the fifth episode of «Donetsk and its team» documentary in five cities of Ukraine (Donetsk, Yalta, Mykolaiv, Lugansk, and Kirovograd). The new episode was shot on the occasion of the 75th anniversary of FC Shakhtar.

«Donetsk and its team» is a TV-project, that gives the insight into the history of the team’s formation, its development and the club’s present-day life. The first four episodes of the film were released in 2006, directed by Vasiliy Pichul, who is best known for his work on the motion picture «Malenkaya Vera» (Little Vera).

On the eve of the premiere Mainstream specialists ran advertising campaigns in all 5 cities, which included not only advertisement on local TV-channels, but also promo campaigns, distribution of invitation flyers as well as invitations for mass media. On the day of the premiere 50 branded t-shirts with «pitmen’s» autographs were disposed of by lottery among visitors of the central cinema halls, and Donetsk hosted a press-briefing with participation of Shakhtar FC stars. Accordingly, about two thousand football fans from all over Ukraine could see the fifth episode of the film.