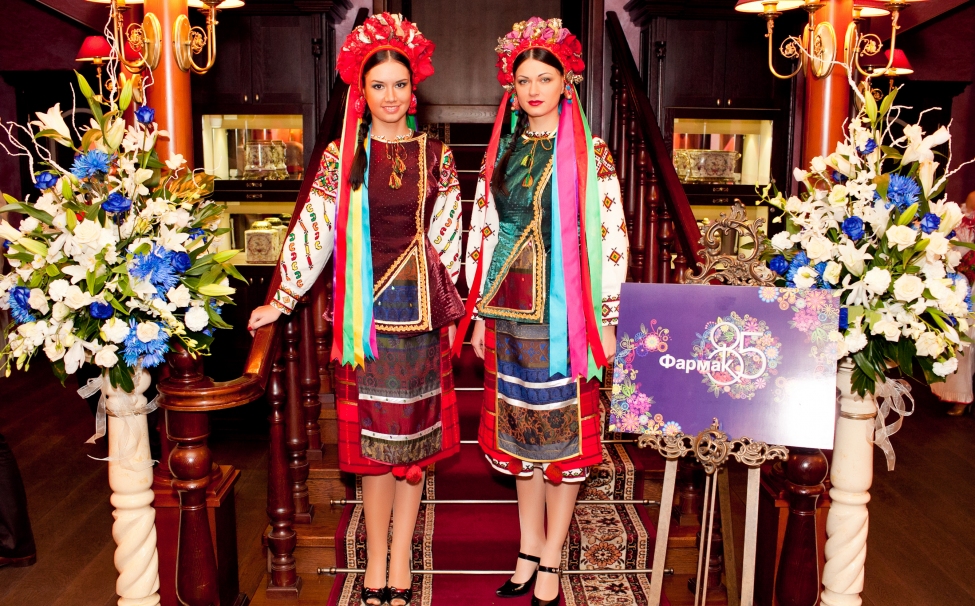 Mainstream Communication & Consulting conducted a series of events on the occasion of JSC Farmak’s 85th anniversary, on December 10 and 11, 2010. The 'Ukrainian Classics' VIP-reception for top-managers, partners and guests of the Company took place in the LeoClub restaurant on December 10. This concept was chosen not at random: 85 years is a serious milestone, which entitles Farmak to be called the Classics of Ukrainian pharmacology.

The program of the evening consisted of famous Ukrainian folk and classical compositions. The guests were enjoying performances of:

MCs Masha Yefrosinina and DJ Pasha did their best to make the atmosphere of the evening very warm and helped the guests feel at home.

A corporate celebration of the anniversary for all employees of Farmak, organized in the KievExpoPlaza Exhibition Center on December 11, continued the concept of 'The Ukrainian Classics of Farmak'. The event for 1500 people was tentatively divided into 4 parts: the official part, a talent show for the company's employees, and performances of Ukrainian show-biz artists: 'Druga Rika' band and Ruslana.

The 'Evenings on a Farm near Dikanka' musical was the highlight of the event, starring the Board and other employees of Farmak Company. MCs of the evening Sergey Pritula and Petro Maga made the musical even more spectacular by playing two fellow mates in the musical.

The 'Evenings on a Farm near Dikanka' musical was chosen for a good reason. Farmak company highly values  Ukrainian distinctive culture, while the life of a big enterprise is very similar to the life of an administrative area (e.g. of a small town or a farm).

‘We couldn’t help thinking about works of the famous classical writer Nikolay Gogol while developing a concept for the 'Ukrainian Classics' event, ’says Maria Velichko, the project manager and Head of the Event Department of Mainstream. ‘We adapted Gogol’s 'Evenings on a Farm near Dikanka' to the inner life of Farmak and staged the musical, which simply made the audience 'explode into applauses'. Everyone recognized familiar situations in the musical. And the most remarkable thing was that all roles in the musical were played by the heads of various divisions of Farmak. I believe it was our crowning achievement in this event!’