Star show for children in the heart of the capital 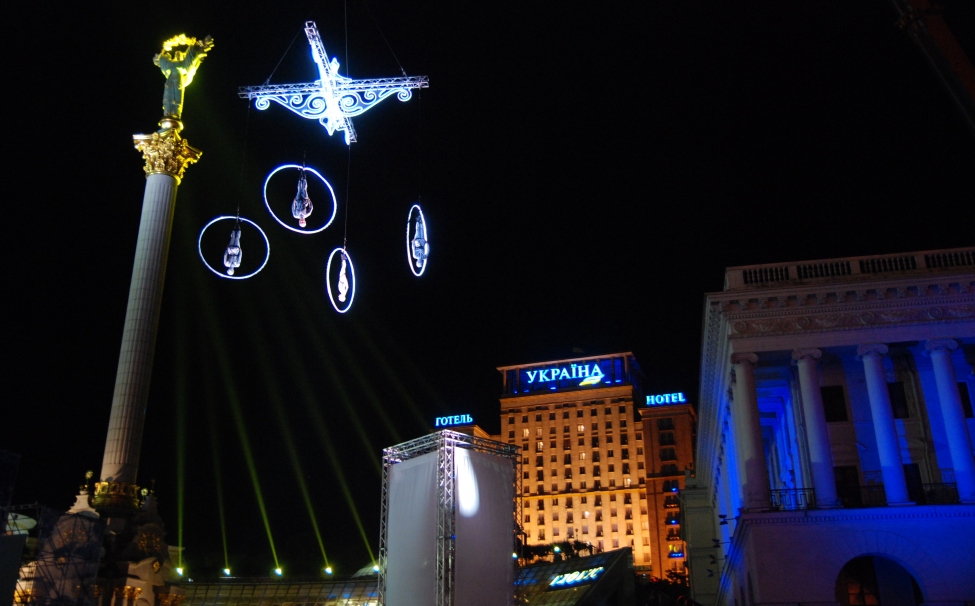 Festival from Liliya Podkopaeva on the International Day of Children’s Protection has been carried out for several years and has already become a heart-warming tradition. It is the first time that the event took place in the open-air, having gathered thousands inhabitants of Kiev and visitors of the capital on the main square of the city. The non-stop event lasted from three in the afternoon till eleven in the evening.

Guests of honor of the event were: Olympic champion Elbrus Tedeyev; boxer Vladimir Virchis; choreographer Olena Kolyadenko; art-director of 'Rizoma' theatre Anatoliy Zalevskiy; participant of the project ‘Dancing With The Stars’ Kiril Hitrov; the founder of ‘Petrus’ Holding Company Elena Petrenko; the President of ‘VD’ Group of Companies Vitaliy Dzhurinskiy; deputy director of ‘Enran Telekom’ Ali Reza Rezazade; founder of ‘ISTIL Group’ Mohammad Zahoor; Ukrainian publisher Valid Arfush; and representatives of UNICEF and other international organizations. The event was attended by representatives of the leading political forces of Ukraine from ‘Party of Regions’, ‘Block of V. Litvin’, ‘Our Ukraine – People’s Self-Defense’, and ‘Block of Julia Timoshenko’, among them people's deputies Nestor Shufrich and Alexander Klimenko, and deputies mayor of Kyiv Viktor Goncharuk and Vitaliy Zhuravskiy.

The striking and astonishing show included performances of: Ani Lorak, duet ‘Alibi’, Iryna Bilyk, Oleg Gazmanov, El Kravchuk, Gaitana, Vitaliy Kozlovskiy, Arina Domski, Nadya Meyher, Kamaliya, etc. The special guest of the show was Kitonb Extreme Theatre Company from Italy, who made a very special impression on all those who came to the concert. Such kind of events had never before been presented either in Ukraine, or in the former USSR. Children's collectives also participated in the show-program, namely: ballet ‘А6’ and ‘Paradiz’ theatre, whose little participants appeared in different roles to the audience: sometimes like ordinary whistle-heads, sometimes like dandies, and sometimes like real angels. The concert was finished with a spectacular firework.

is carried out in support of the Decree of the President of Ukraine №1205/2007 of December 11, 2007 about ‘Year of National Child Adoption’. The objective of the event is to draw attention of general public to problems of children-orphans, development of national adoption culture, creation of awareness among population about governmental, social and public programs, and lobbying at the state level simplification of bureaucratic procedures of adoption for citizens of Ukraine.