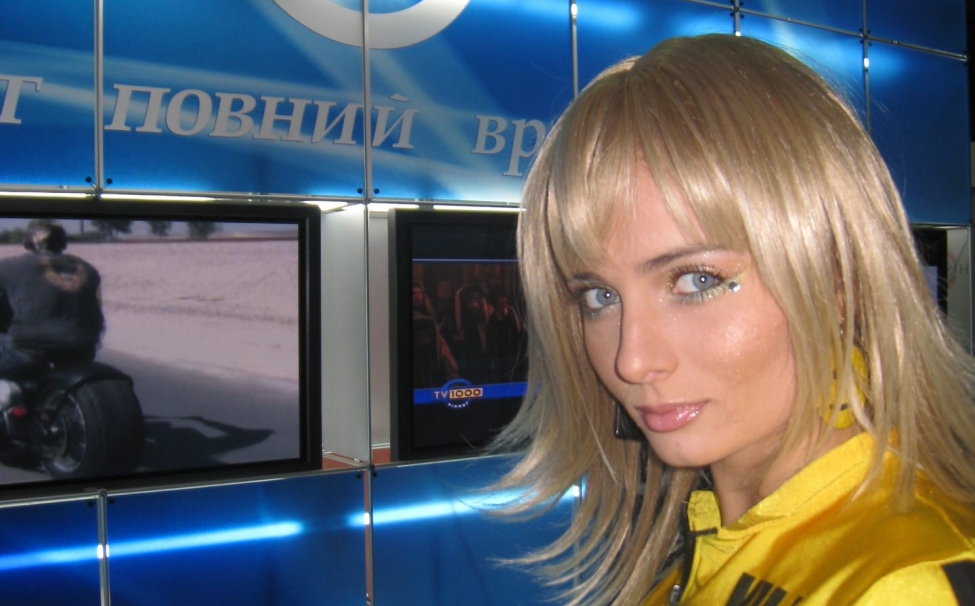 ‘Mainstream Communication & Consulting’ rendered organizational support to ‘Vision TV’ for participation in the exhibition ЕЕВС 2008, which was held in the Exhibition Centre ‘KyivExpoPlaza’ during October 29-31.

Specialists of ‘Mainstream’ event-department designed and produced the exhibition booth having implemented innovative technologies in the field of outdoor advertising, such as clic. Apart from technical support during the exhibition it was decided that the hostess would appear before visitors in the image of a well-known actress Uma Thurman from the gangster movie ‘Kill Bill’, which enjoys wide popularity according to numerous ratings.

Konstantin Chibizov, the head of the advertising department: ‘Since ‘Vision TV’ is a leader on the telecommunications market, we’ve made a booth, which corresponded to the latest trends in this direction, is notable for its brightness, self-descriptiveness, and also draws general attention. ‘Vision TV’ team and the company’s partners have highly appraised the professional solutions in design, top quality of the booth servicing and result obtained in a short period’.

The booth did not escape attention of the exhibition organizing committee. The event was followed by a grand gala-party with the ceremony of awarding the winners of the competition of stands at the ЕЕВС exhibition. The competition was carried out among exhibitors within the first days of the exhibition work and was intended to mark out the most successful expositions in terms of aesthetics and design of large and small booths. The display of ‘Vision TV’ ranked among the best at the top of the exhibition Olympus, having won in the nomination ‘Best small booth design at ЕЕВС 2008’.

ЕЕВС 2008 is the 6th Eastern Europe exhibition and conference in telecommunications and broadcasting. It was the first participation for the Ukrainian office of ‘Vision TV’ in the exhibition of the international format, in which took part representatives from 30 countries, including international branch associations, unions and professional formations.