Mainstream became a partner of ‘AIDS-STOP’ 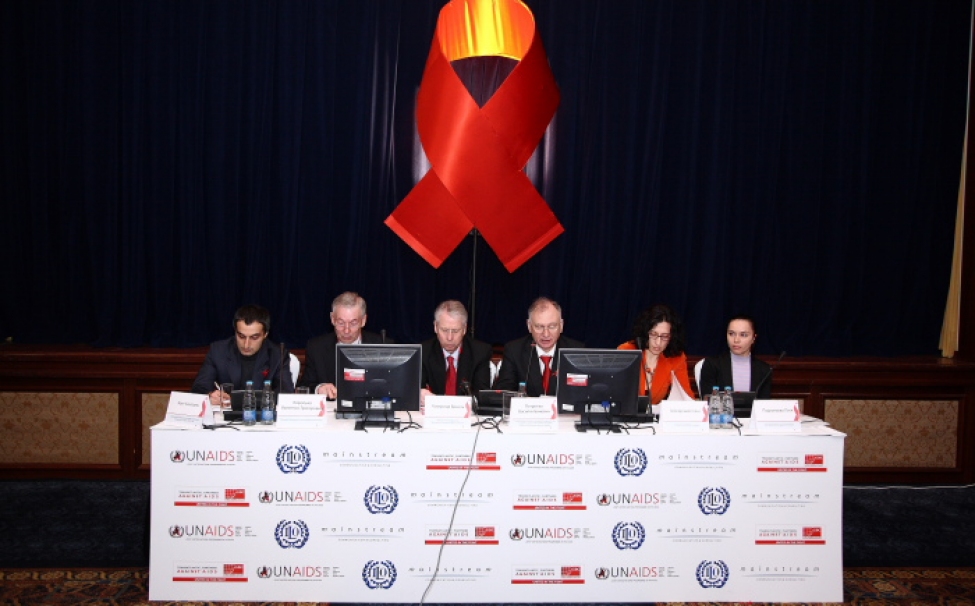 ‘Mainstream Communication & Consulting’ together with ‘All-Ukrainian Network of PLWH’ acted as organizers of the Ukrainian part of ‘AIDS-STOP’ International motor-race. The campaign was closed with the concert in Kiev, on October 4, with participation of Julia Chicherina, Oksamita, Vlad Topalov, Evgeniy Feklistov, bands ‘Konets Filma’ and ‘Den Radio’.

All-Ukrainian charity organization ‘All-Ukrainian Network of PLWH’ is one of the key organizations in Ukraine, which initiates and implements national and international programs of rendering help to people living with HIV/AIDS. This year it was agreed to carry out a large-scale campaign in the form of a motor-race through the territory of 4 countries: Russia, Moldova, Belarus and Ukraine, where the rates of HIV-spread are among the highest. Within the month, from September 5 till October 5, in 16 largest cities on the territory from the Arctic Ocean to the Black Sea were organized round tables, press-conferences, lectures for students and schoolchildren. The campaign evoked a wide response of general public. 10 thousand of young people in Donetsk and Kiev were embraced by the lectures.

The main idea of the motor-race was to liven up participation of authorities, business-structures and workers of culture for provision of well-timed help to HIV-positive people. The key objective of the project was that the general public, especially youth, stopped considering the problem of AIDS as remote and distant.

In the course of the motor-race were discussed programs of counteraction to the epidemics, and the attention was focused on importance of regular HIV-testing, possibilities of ARV-therapy and activity of regional AIDS-centers. Speakers from the press-conference at Kiev Municipal Administration have stated that only 35% of HIV-positive people in Ukraine receive proper medical treatment and the Ministry of Health of Ukraine deliberately drags out acquisition of medicine. ‘Two months ago the advocating efforts of ‘All-Ukrainian Network of PLWH’ saved 41 million UAH of budgetary funds at acquisition of antiretroviral drugs. The position, taken by the Ministry of Health of Ukraine, drags out the decision on application of these funds and dooms HIV-positive Ukrainians’, declared Irina Borushek in her speech.

Vladimir Zhovtyak, the Head of Coordination Board of ‘All-Ukrainian Network of PLWH’, noted: ‘We managed to draw attention of the youth to importance of HIV-testing owing to a number of active events carried out in the course of the motor-race. Each year and each new campaign contribute to the change of the young people’s attitude, they communicate to them that HIV is not the “plague of the 21st century” but a disease which can affect everyone. The main thing is to diagnose the disease and to begin the treatment in time, which has already helped thousands of HIV-positive Ukrainians’.

‘Mainstream’ and ‘All-Ukrainian Network of PLWH’ have successfully implemented a number of joint projects. The most significant among them are charitable concerts ‘SOSstradanie’ in 2006 and 2007, and the campaign ‘Football of Ukraine against Drugs’.